Our first video story on feature is, “Chak De”, a film produced and directed by Gurjeevaan Singh who is studying Film BA (Hons) at the Puttnam School of Film and Animation in LASALLE College of the Arts. The film was done as part of his first year group project which requires students to produce 2 observational documentaries in pairs. 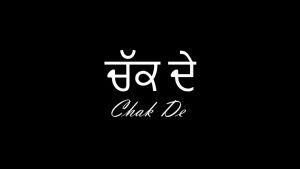 Gurjeevaan chose Rajay for his film as he was interested in learning more about how Rajay juggles his passion for the various art forms with work and family. It took about 5 days to film the various scenes and a further 2 weeks to edit the documentary.

For observational documentaries, Gurjeevaan had to follow Rajay as he went about his day rather than prescribing to Rajay certain things to do. Intead of meticulous planning to get the action in frame, Gurjeevaan had to be alert and capture as much as he could on the go!

When asked how he felt watching the dholis from SMU that Rajay coached, Gurjeevaan shared that at first, he was not sure if they would be able to pull of an authentic “punjabi sound”. But after hearing them, he was amazed and could feel the “punjabiness” during the performance. It was a credit to Rajay’s coaching to teach an art and transcend cultures!

As he was editing the film, Gurjeevaan tried different sequences to tell the story and eventually settled on starting the film with scenes from the family home to set the tone of how Rajay prioritises family and still makes time for his passions.

At the end of the project, Gurjeevaan felt that if he had more time, he would have wanted to do a longer piece to really describe the variety and depth of experience that Rajay goes through in his pursuits. He also learnt more about the art form of pyrography, something he had never knew existed!

On why he titled the short film, “Chak De”, Gurjeevaan shared, “Rajay naturally has the aura for teaching / playing the dhol and spreads positive energy to anyone around him. Each time I see him, I feel like saying ‘ਚੱਕ ਦੇ’, and saying that, makes me in a good mood as well!”

Get a glimpse into Rajay’s life in Gurjeevaan’s video below and check out the article done previously on Rajay’s journey: Engineer by Day, Lightning Inferno by Night!