Among the many stories in our community, we bring to you one about a passionate individual who loves the sport of Kabaddi.

Mr Dalbir Singh (Dhandal) was part of a team of players who played Kabaddi for the Singapore Khalsa Association (SKA) in the 1980s-1990s. His team was even sent to Mumbai, India for a Kabaddi tournament in 1984 to compete against teams from 5 countries! 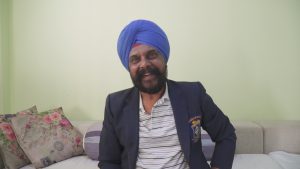 He started playing Kabaddi from the age of 10 with his brothers (2 of whom were also in the SKA team) and honed his skills with a band of muscular young men while touring the Kabaddi circuit in Singapore and Malaysia.

While the scene may have faded in Singapore, he still helps out in exhibition matches during major festivals and events as a Kabaddi referee, and hopes that the energy and enthusiasm for Kabaddi could one day be reignited in our community!

Check out our video interview with him to hear his story and his love for the game!