Singapore has been blessed to have a vibrant Bhangra community over the last 3 decades. The groups listed below are the stalwarts of the scene and continue to dazzle us with their performances!

History of Bhangra in Singapore

Over the years, many bhangra groups have done their part in sustaining the art form and spreading our culture to the many communities they perform for. This section tries to piece together the collective history of the scene beyond the individual histories of the groups that we see today.

Bhangra’s origins from Punjab, India, influenced how it was performed in the early days of the scene here in Singapore. People would gather during festivals and Melas and danced to celebrate with each other. It would not be a stretch to say that some friends would band together and perform on an ad-hoc basis at functions. In fact, from the stories of the Bhangra groups listed above, that was the way many of them came into being.

Seva Singh’s name is consistently brought up when elders are asked about Bhangra history. Having been involved in the People’s Association’s cultural group, Seva Singh recruited people to join a group to perform and also to train dancers from other ethnic groups to perform as well! From the late 1960s to 1970s, he had somehow rallied groups of dancers to perform at community and national events. The group also traveled the region to perform in Malaysia, Brunei and Australia. 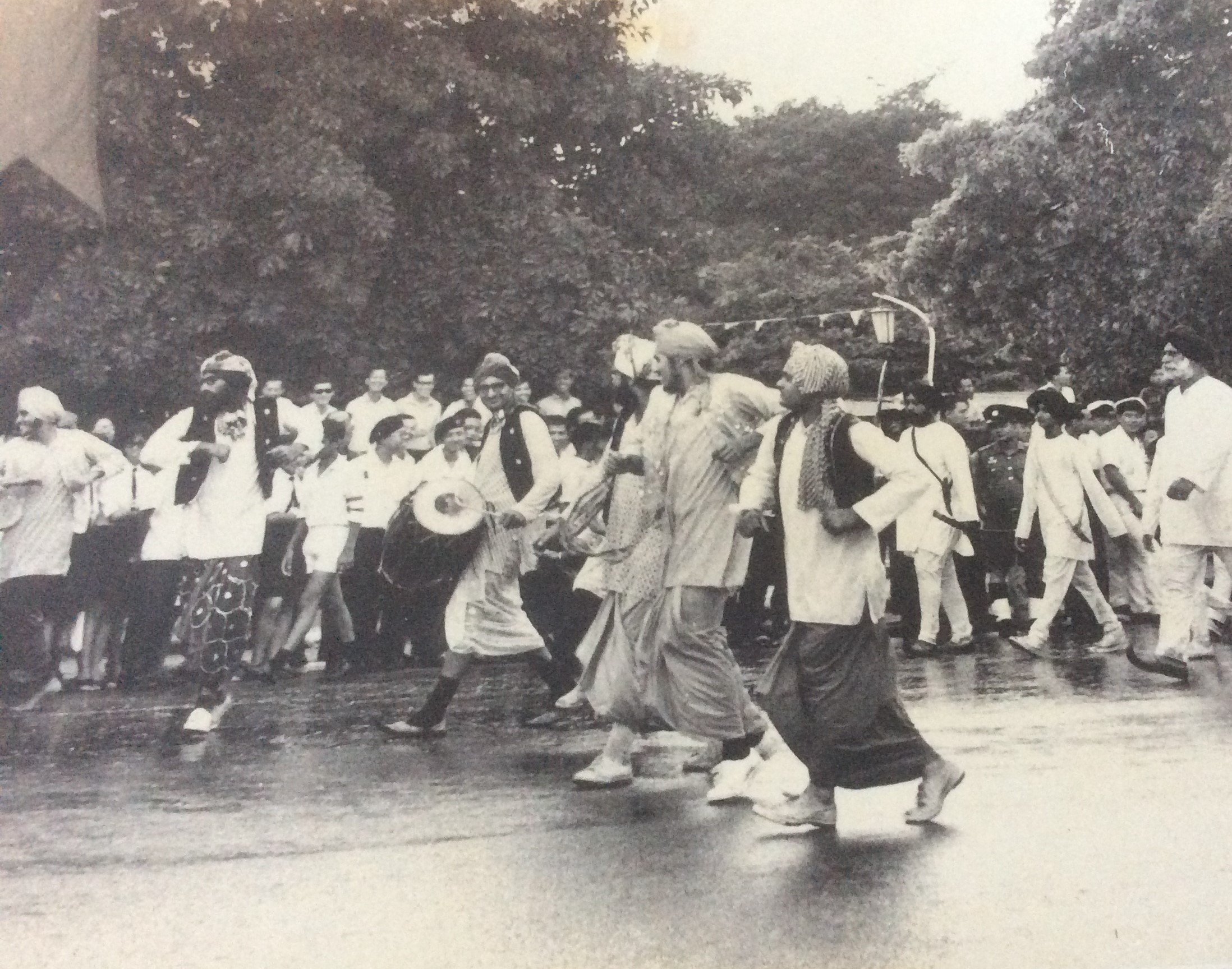 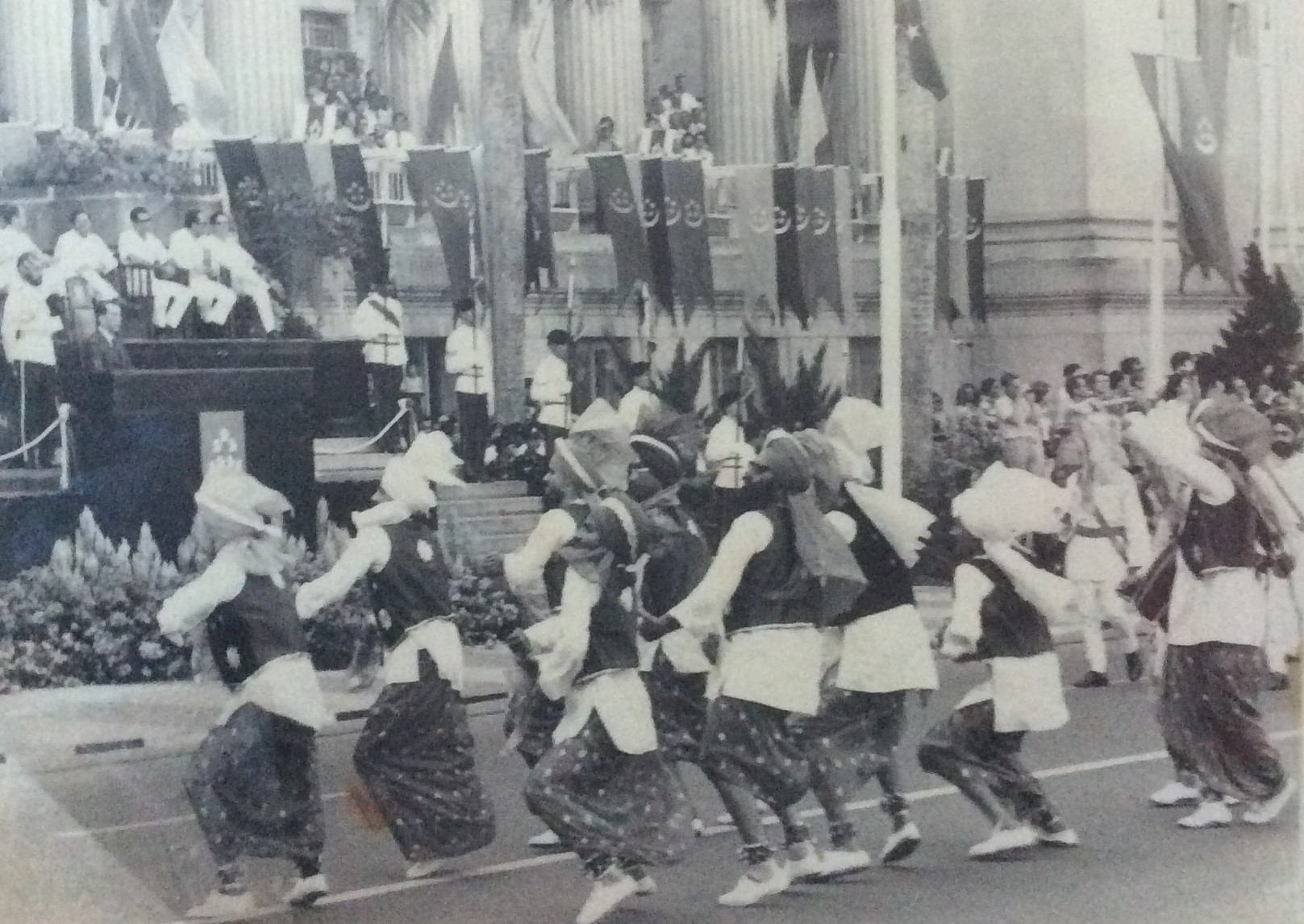 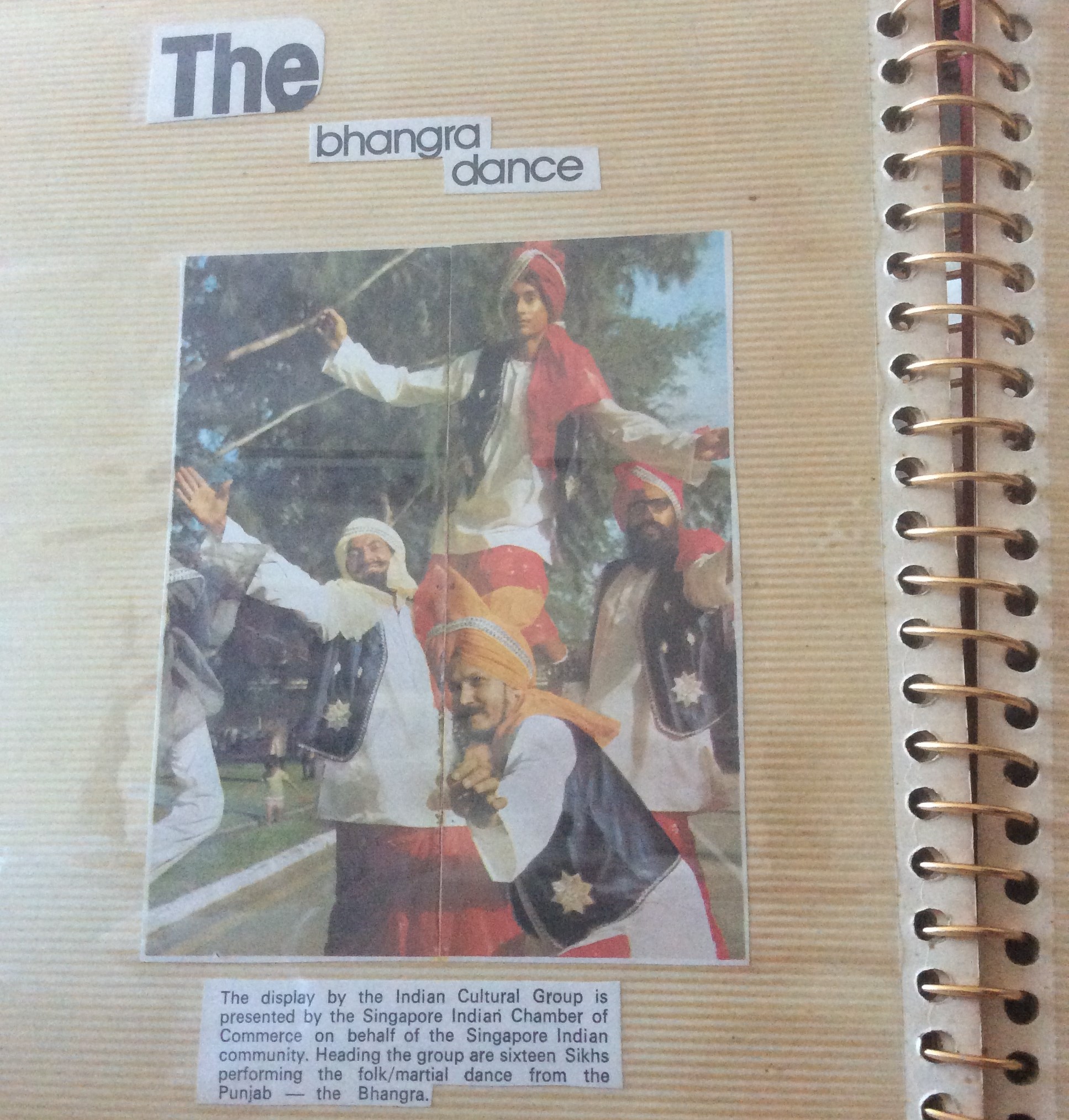 Extract from a newpaper feature on Bhangra dancers at the 1974 National Day Parade.

Eventually, in 1977/78, a formal group Dharamveer or “Blood Brothers” was formed. Dharamveer continued the tradition and performed at various events into the 1980s. Then, as the performers transitioned into heavier personal commitments, a new group, DV2, carried the torch before Jigri Yaar Kohinoor Bhangra Singapore and Bhangre De Sitare made their debut in the mid-1980s and mid-1990s.